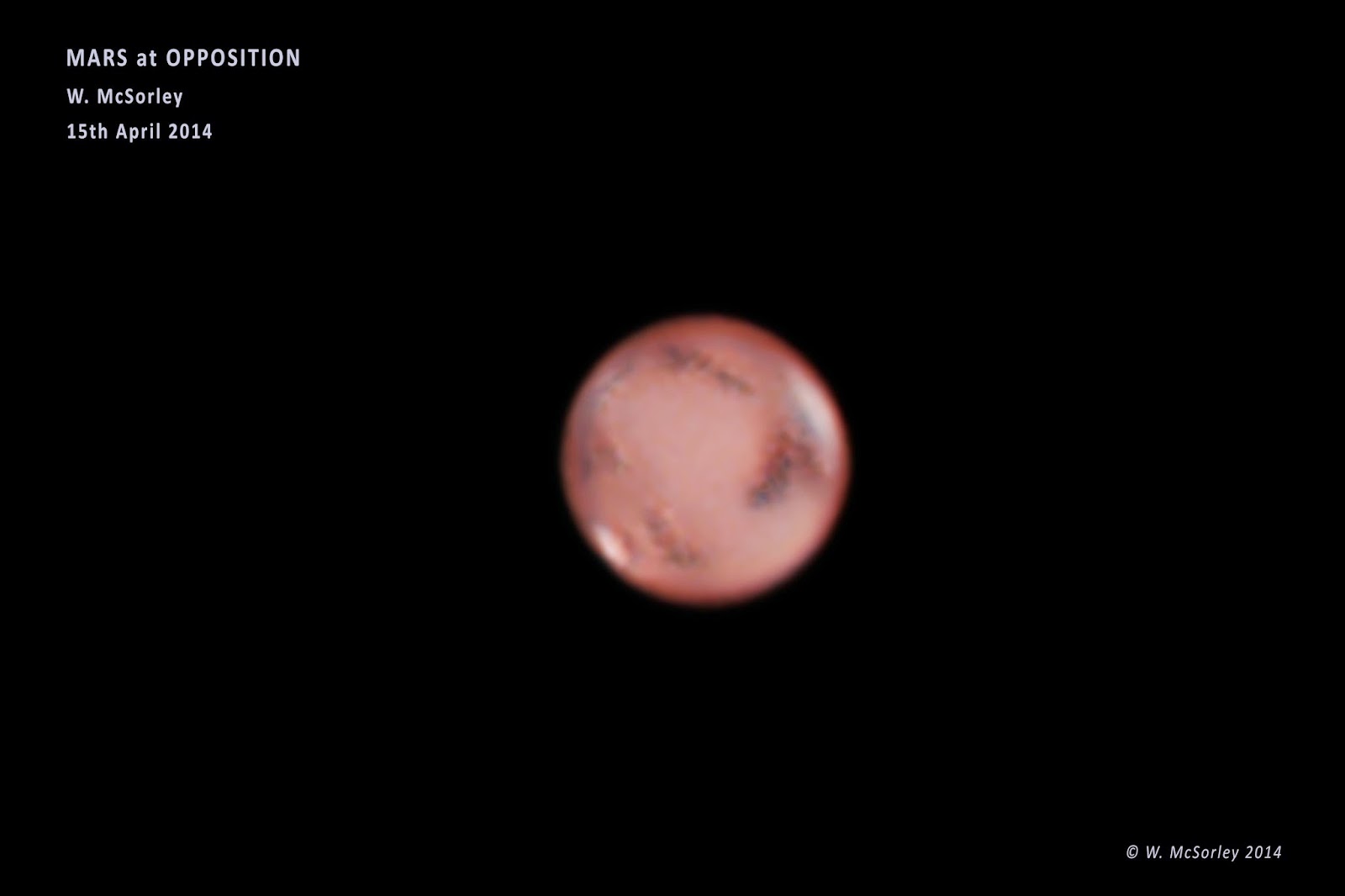 An image of Mars at Opposition, taken from the observatory pad on 15th April 2014. Stacked and processed in Registax6, then colour balanced in PixInsight. Taken with a Celestron 5se scope and a QHY5L-II camera, with a Celestron 2x Barlow. 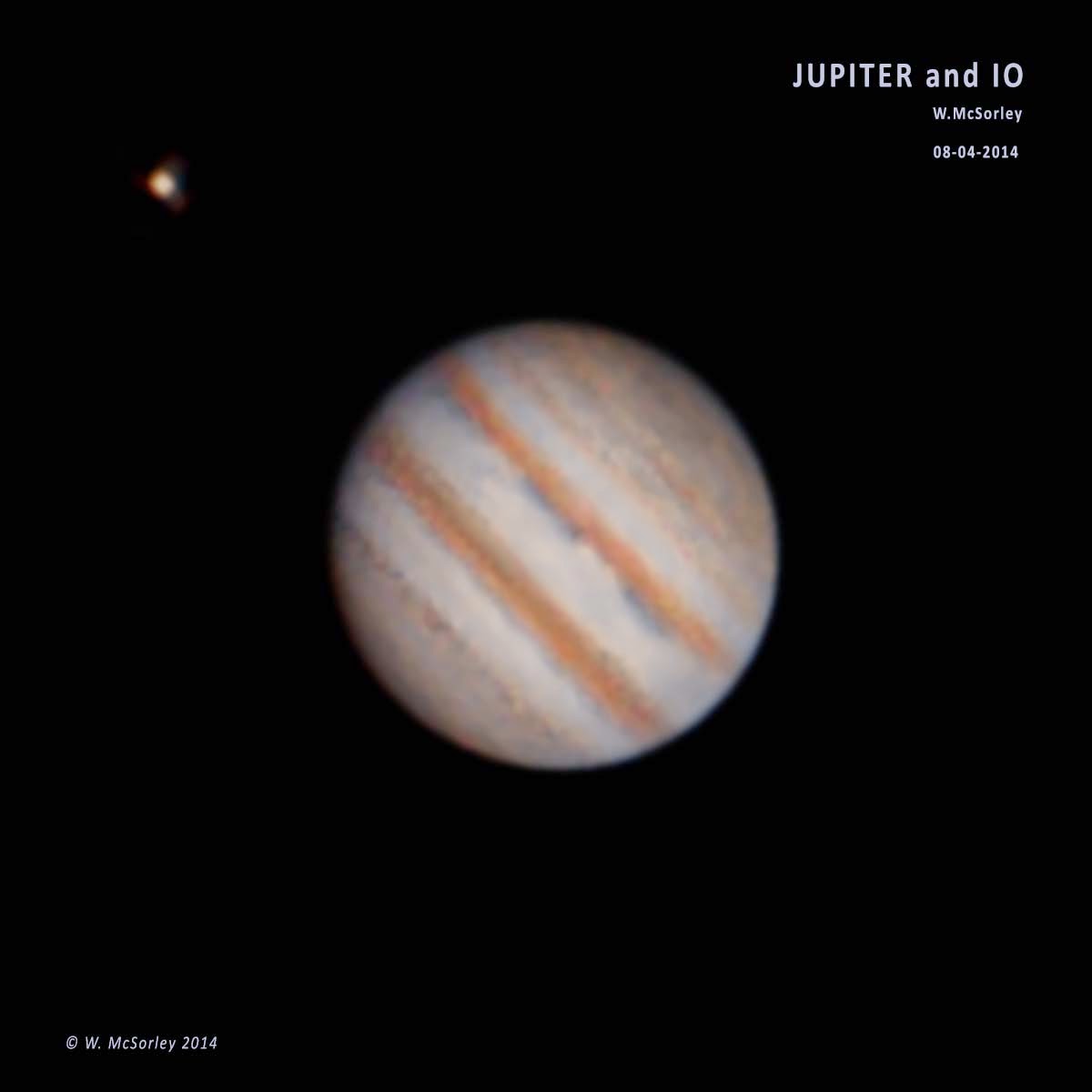