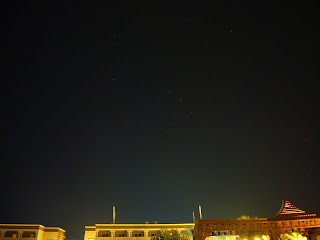 On my recent holiday to eygpt i had a lovely view of scorpio , shame i didn`t have a better camera you can make out the constellation if you have keen eyes .

Shall have to get a decent camera for when i go back in november . 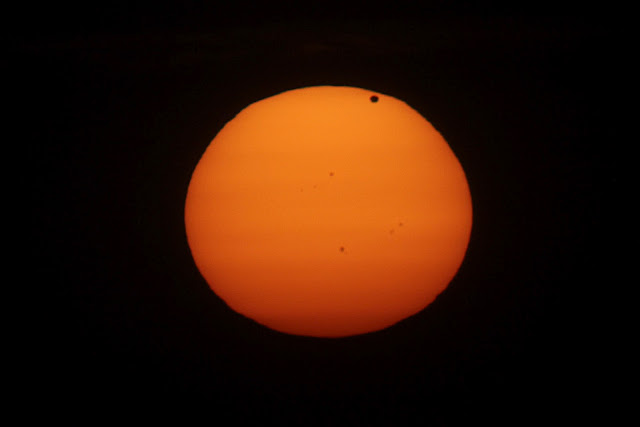 The transit of Venus as seen from Cala D'Or, Majorca at sunrise on the 6th of June 2012. I managed to find an accessible location on the rocks by the coast to view the Sun as it rose out of the sea at just past 06:20 local time (GMT +2), but, as you can see, the transit was almost over by then! Fourth contact (when Venus left the Sun's disc) was at approximately 06:55.
It was very hard to get a sharp focus with the Sun barely above the horizon but it's good enough and several Sun spot groups are visible on the disc.
The image was taken with my Canon EOS550D and WO Zenithstar 80, with a home made solar filter, mounted on a lightweight camera tripod. The exposure was 0.6 seconds at ISO 200, although, in hindsight, maybe a higher ISO and shorter exposure may have resulted in a sharper image. No image processing has been done other than a spot of cropping.
Posted by Tim Beale No comments:
Labels: DSLR, Planets, Solar System, Sun, Tim Beale

Photos of the full height pier installed on the telescope pad. It's mounted with 20mm RAW bolts 100mm deep. Should be a permanent fix for sure.

The pier was used during the recent celebrations for the Queen's Jubilee at the observatory. We just need to polar align the pier so it can be used for astrophotography. Just need a clear night.